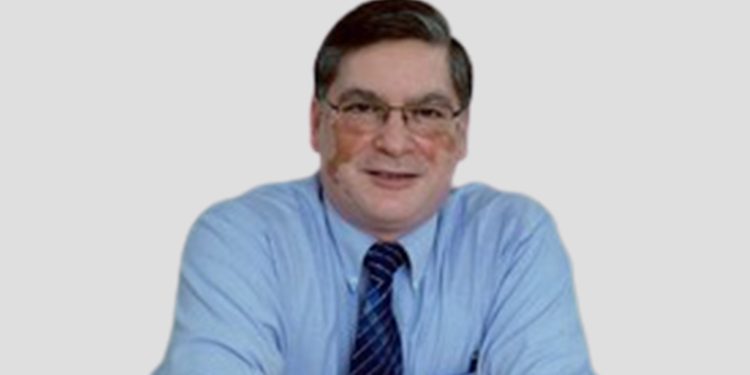 “Indian media and entertainment industry is multi-dimensional. Due to the global pandemic, the entertainment industry was in the crystal cloud but the internet actually provided a huge opportunity to grow further in the post-pandemic situation.” as quoted by Dilip Chenoy, the Secretary-General of the Federation of Indian Chambers of Commerce and Industry (FICCI). On the first day of SMX India Communication Summit 2021, he focused on new-age entertainment and communication and opined that animation, VFX, gaming, television and digital skills will rule the roost in the future.

Dilip Chenoy is currently the Secretary-General of the Federation of Indian Chambers of Commerce and Industry (FICCI). He leads the permanent secretariat of the industry chamber, which is the largest and oldest apex business organization in India, and a potent voice for policy change. Before joining FICCI, Dilip served as Managing Director & CEO of the National Skill Development Corporation (NSDC). NSDC fosters private sector investment and initiatives in training and skill development. Dilip has also worked in several key industry organizations, including SIAM as its Director-General. He was a member of the Harvard Business School project under Professor Michael Porter that worked on the competitiveness of the Indian industry. With varied experiences of working in the private sector, he advises startups including organizations in the digital, education, skills, and livelihood space. Dilip has also served as Chairman of an Engineering Institute. A fellow of the World Academy of Productivity Science (WAPS), he was awarded the Indian Achievers Award in 2018, The Game Changer Award in 2015, and the Rashtriya Media Ratan Award in 2013.

Federation of Indian Chambers of Commerce and Industry (FICCI) established in 1927, is the largest and oldest apex business organization in India. FICCI is a non-government and non-profit organization that work only for the business industry of India. FICCI represents over 2,50,000 members through Member Bodies covering all the States of India. FICCI articulates the views and concerns of the industry by influencing policy to encouraging debate. This institution provides a platform for networking and consensus building within and across the sectors.

“Media, entertainment and communication industry has been witnessing tremendous challenges due to the global pandemic. In the first six months of the lockdown, the entertainment industry could barely work. The shooting of the films came to halt, multiplexes were closed, every part of entertainment and communication was facing disruption. Movie theatres are still facing a financial crisis and retrenching was also there in the entertainment industry. Only OTT platforms were doing well during this pandemic. Many new OTT platforms apart from Netflix and Amazon Prime have bloomed in the lockdown period. OTT platform has continuously provided unique content along with streaming the existing content,” said Chenoy. While talking about this he mentioned global pandemic has upgraded the entertainment industry. The industry has experienced a technological revolution during the pandemic. By using the internet and digital technologies artists are conducting their shows from home. Internet is a great opportunity for independent artists. Due to the accessibility of the internet and smartphone, anyone can create content and upload it through digital technologies. Though live artists and technicians are facing challenges due to this pandemic situation. Chenoy opined, “But I am pretty certain that with the unique and provoking ideas of the respected speakers in the summit must help the entertainment industry to move forward”.

A New Dimension in Entertainment

According to Chenoy gaming will be the trump card in the growth of the entertainment industry. Though there are few drawbacks of gaming like fantasy sports. Many countries have banned fantasy sports in terms of gambling. Gaming and Augmented reality are actually causing a seismic shift in consumer engagement. He further shared a few vital statistics of the present scenario and said, “Animation, VFX, gaming, television – will rule the future of the entertainment industry with digital technologies as well. 1600 plus content in OTT, 1800 movies, and over 20000 content are produced during the pandemic. I believe, this number will grow more and more in the future. The subscription model of OTT and television may create limitations in the case of viewership. But OTT has growing viewership in the young population. DTH channels will be in the centre of the attraction. Digital advertisement will be more popular. According to records, 300,000 advertisements are digital, whereas 120,000 advertisements are on television and 108,000 advertisements are in print. This shows the future of the advertisement industry as well. The number of films should be back this year. OTT platforms are creating the opportunity for the film and entertainment industry to create more eligible content. Gamification of education can bring revolution in the existing system.”