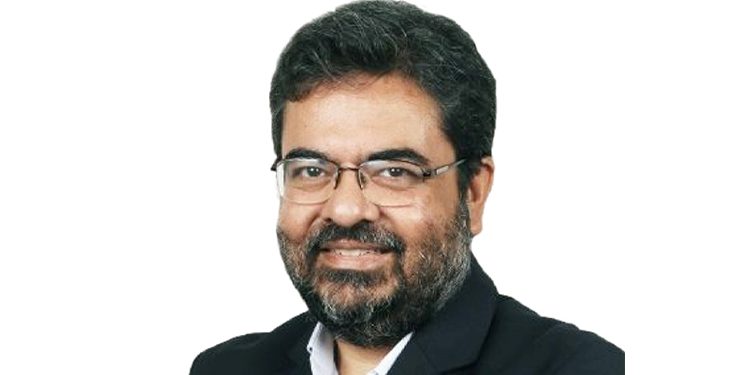 On the Second Day of SMX India Communication Summit 2021– India’s biggest summit on Media, Entertainment and Communication, Sourabh Mishra (Managing Partner Branding and Co-Founder, Azendor Consulting Private Limited) initiated the session by talking about traditional media and its relevance in the digital era.

Sourabh Mishra who is currently the Managing Partner- Branding at Azendor Consulting, has two and a half decades of experience and has led the brand strategy planning function nationally at advertising agencies such as Saatchi & Saatchi, TBWA, Everest and Bates CHI & Partners. He has also headed the brand strategy planning function at Ogilvy (Mumbai and Bangalore), McCann Erickson (Bangalore) and Contract (Bangalore and Delhi). He has worked as a brand strategist at BPL Telecom and Reliance Capital, and his last assignment as a corporate employee was as Group Chief Strategy Officer at Bates CHI & Partners India.  His brand planning experience spans various categories which include famous known brands such as Parle, Reliance Capital, Kotak, Cadbury, Coca Cola, TVS, Skoda, Lenovo and Titan.

Talking about the decline in traditional advertising, he said it is widely believed that “Traditional Advertising is dying”. For this, he quoted Lord Tennyson “The old order changed yielding place to new”, which means that the old order is changing and a new order is taking over. But he clarified this misconception by stating that only one format of advertising is dying and not the whole advertising itself. According to him traditional advertising is not dead and is still relevant. It is in fact changing and adapting to the present scenario. He also explained what does good advertising mean- “Good advertising practice means defining the main idea about what is your brand all about in a more relevant way, and then finding the best expression of that idea in different media.”

Brand “Do” is becoming more important than brand “Say”

While discussing branding strategies, he emphasized that it is far more important for the brands to “Do” things rather than just “Say”. The brand “do” are the actions that people see a brand taking for a particular cause. He gave two examples in this regard which further proved his point. One example was of a leading company that worked for the welfare of the girl child and another example was of a leading sports brand in the US sponsoring a sportsperson who was officially disowned by the sports authority because of a stand that he took on a social issue.

Digital storytelling has a bright future

A question on the future of Digital Storytelling put up for which Mishra replied that he sees himself as Digital Migrant as he was born in an era when Digital Media didn’t exist and thus he is not much acquainted with the happenings of the Digital world. Yet he offered some useful insights on how digital storytelling has a bright future ahead as the newer generation which is called “Digital natives” is contributing immensely towards its growth and popularity. He believed that today’s digital world is all about powerful storytelling. So, talking about digital storytelling seems anachronistic and outdated as a subject today, instead, the focus should be on creating powerful storytelling. While discussing storytelling he explained how storytelling in advertising should be. He said that every advertiser should effortlessly weave a story while making advertisements.

The challenge of short attention span

On being asked how the advertisers deal with the decline in the attention span of the audience, he expressed his concern on how youth in suffering from ADD (Attention Deficit Disorder). He also described how advertisers are coping up with a world that has a short attention span. The ad makers are trying harder to make the content more interesting. He reminisced how in old times (i.e. a few decades back) the length of the content was not an issue. But in today’s world, the viewers are getting bored easily when they are shown lengthy content. But there is one exception. If the content is interesting, is of good quality and has a good storyline, it will be noticed and liked by all. He concluded his speech by reiterating that the length of the content is not an issue if the makers are trying to communicate something powerful.

The Internet is Taking Over the World: Siddhartha Laik, Founder & Editor-in-Chief, IWMBuzz
May 19, 2021