Get Ready for the New Future -‘Cope-ability’: Dr Bhaskar Das 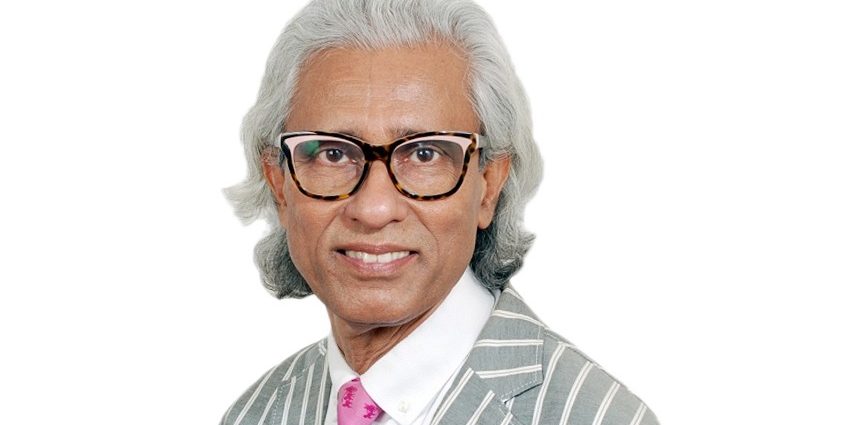 The first leading summit of 2021 by SMX Network in partnership with Adamas University proved to be an enriching success, inspiring many budding talents in the field of media. It was the second day of the summit and it started in a full swing with an ever more, enlightening speech by the phenomenal Dr Bhaskar Das, Group CEO, Republic TV.

Dr Bhaskar Das, preceding President of Times of India, has had a top, fulfilling career in the field of management for over 3 decades now. He is a revolutionary figure in the forever modifying media industry. He brought integrated exposure, profit centre and brand management to a whole new level with a fresh perspective. The teams and the employers he has worked with describe him as an insight provocateur, catalyst, a leader who develops the stage for others to perform, actualizes with soaring energy level and a student who learns a lot from team members and in turn shapes them. He has addressed a multitude of minds at respectable and reputable institutions such as Harvard Business School, MIT, The Wharton School, MICA, and IIM.

The theme of the panel was “Indian Media – Coping with Pandemic”. He assessed this situation as a “classic case of challenges for the humankind in every aspect”. According to his timeless experience in the field of management, he believed that the 2021 financial year is bound to plunge into mayhem due to the various drawbacks caused by the pandemic. Though many businesses have shut down due to the harsh affairs of the ruthless virus, he believed that the businesses such as educational apps and fitness apps might keep thriving and prospering.

Dr Das also suggested re-evaluating scenarios, flexibility and openness to change for establishments trying to thrive during the pandemic. Due to changing times, many businesses have reopened and reinvented, which he personally and highly regards as he believes that a company must show resilience in these dire situations to survive. Moreover, he stated that “there will be no normalcy” and one must get ready and acquainted with the hybrid model of work-from-home and also sometimes common office spaces.

He furthermore stated, “I have a feeling that Indian corporations including the media industry will stand up on their feet by 2021–22”. Even in these hard-wearing times, he was enthusiastic and encouraged everyone towards new beginnings and fresh starts, by stating, “Covid has given us an opportunity to lead again”.

“Cope-ability is very important; and so is delivery,” said the former group CEO of Zee Media Network. Elements such as agility, flexibility, teamwork, ability to learn will be tested and the notion of ‘know it all must be totally forgotten. He stated that legacy is a painful notion and the future will not move forth with legacy. Future generations and their future challenges, future complexities and one’s potential and mastery to handle those well and cope with the further future plight that is yet to strike will define the future. “There should be no place for worry because worry is no preparation” quoted zealous Dr Das.

He added that “winning loves preparation and if one is not prepared enough then there will be a generous outpour of crippling careers.” He elaborated on how problems and strategies are proportional to each other. One must accept and adapt to understand a problem to give rise to a budding strategy that might contribute something or the other to the solution.

During his speech, he mentioned how ‘screen’ (be it a silver screen, TV screen, PC screen, or a mobile screen) has derived abundant importance in present times, even more than print media. When asked, “Has the time of newspaper come to an end?”, he denied this by saying that “Print media has the biggest advantage; they get 24 hours to verify a story and therefore make possible changes altering it into a credible piece due to its facts being checked multiple times. And hence they would remain relevant even in future.” Furthermore, he went on expressing the second reason- “The print medium is a passive medium with an active audience; so it is a volition led immersion and not thrust or forced onto oneself.”

While talking about recent changes in the news industry, he gave the example of the New York Times where they are in the ‘news business’ and not ‘newspaper business’. In NYT, the investment in journalism and its quality is of utmost importance. Therefore such business can thrive due to their brand loyalty which will make the public buy newspapers of their choice. This in turn will make the newspaper business score up and prosper thus suggesting that one must invest in journalism and its quality. He concluded his speech by saying that we must get ready and well acquainted with the new world and construct our adaptation forces in a much stronger way as ‘cope – ability’ is the future.