Logistics Will Not Matter in Content Creation on Digital Platforms: Ashish Kulkarni 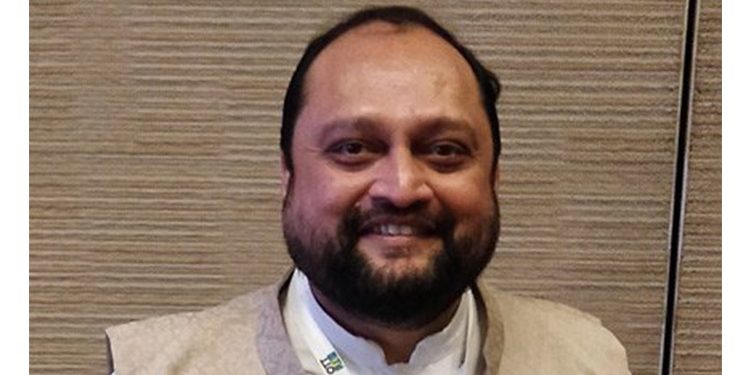 Ashish Kulkarni, Founder of Punnaryug Artvision Pvt. Ltd. and Screenyug Creations Pvt. Ltd. graced the occasion of INDICOMMS 2021 as one of the eminent speakers on Day 1. He welcomed a few major shifts that became decisive during the COVID pandemic. One, the logistics of content creators would matter less in near future on the web. Further smaller towns witnessed a boom in the new crop of media entrepreneurs.

Ashish’s presence in the field of the arts commenced with the animation industry, the seed of which, had only been planted in the fertile grounds of the Indian economy at the turn of the century. At this early stage, Ashish jumpstarted the sprouting of the animation industry in India by facilitating outsourcing projects in the country with animation giants such as Disney, Warner Bros., Sony and Dreamworks. By introducing India as a new outsourcing platform for animation, Ashish had created the opportunity for Indian animation services to grow to international standards. During this stage, Ashish produced ad films for All Out, Flying Machine, Max Candy & Max Ice cream for HLL, Nestle, Veneta Cucine and Kelloggs.

In the last two decades, Ashish’s push for state-level policies inclusive of AVGC skill development and creation has allowed for their successful implementation under IT ITES policies or independent AVGC policies in the states of Maharashtra, Karnataka, AP, Telangana, Goa, MP, Chattisgarh, West Bengal. Ashish is the founder of Punnaryug Artvision Pvt. Ltd. and Screenyug Creations Pvt. Ltd. and is developing a unique concept called The Green Butterfly Art Village at Lonavala, which aims to create a holistic and sustainable ecosystem for all creative, performance & sports artists by uniting the institutions, housing projects and production studios that make up their everyday lives.

Kulkarni said that in fact, as per the growth, the production of the animation industry suffered a huge bolt in the initial fast quarter. But with work from home mode, productivity went up from June-July onwards. During the pandemic, the story writers of animation were seamlessly delivering the best stories coming out from random production. Whereas visual effect segments we saw a big dip in the first quarter of this year, as there was no live shoot. Fortunately, many of the visual effect artist in India had actually migrated to animation.

Kulkarni opined that many studios from small cities like Ratlam, Bhopal, Indore, Jabalpur had started to deliver. This was the sign of a big welcome which added a great pleasure. The entrepreneur journey had started by many artists, who collaborated with local institutions from their local cities and hence delivered shows from small places. This had been one of the major trends in the positive aspect although the VFX even could not come up as it didn’t perform much. He said, “Logistics will not matter for content creators on the digital platform.”

Kulkarni concluded by saying, “In more than 30% of entire media entertainment industry, there would be single largest vertical within the media entertainment and that entertainment vertical alone will have direct employment of about 10 lakh people in next 10 years in India. What OTT has done? It actually broke some trends; those were ongoing with a particular quality of animation of the broadcasting. There were particular animations that broke the barriers as those were going from India to the theoretical. Next year, many independent animation characters based on OTT would come up which will surely enhance a strong character line up. Our vision is to have a clear benefit for the industry, animation, visual effects, comics in the next few years.”