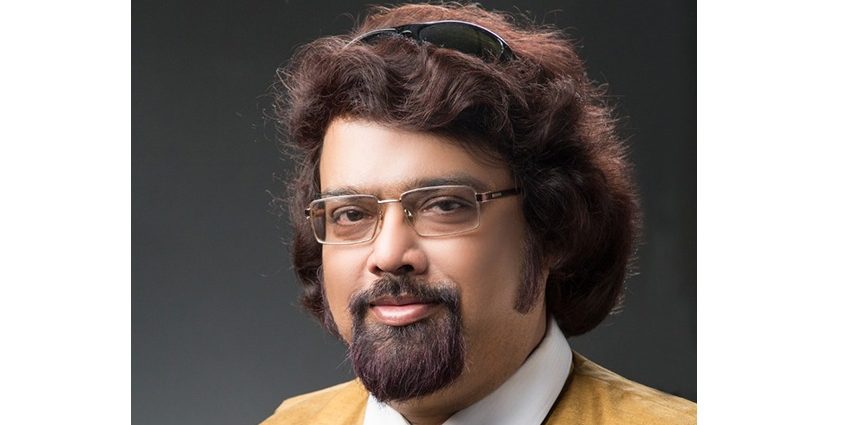 On Day 2 of SMX India Communication Summit 2021 – India’s biggest summit on Media, Entertainment and Communication, Prof Sujoy Biswas, Director and CEO, Techno India Group, shared his insights on the evolution of entertainment post-pandemic where the digital holds the key.

Impact of the pandemic on the entertainment

Prof Biswas started off his speech by highlighting his optimism for the post-pandemic scenario. For this he quoted a shayari, “Ye waqt bhi guzar jayega galib, thora intezar to kar, jab khushi hi na theheri to gham ki kya aukaat” which means that time, be it good or bad, don’t last forever. He said that even though the pandemic is almost over but at the same time the pandemic has taught huge lessons. Expressing his ideas on how OTT has changed entertainment, he said that the pandemic and the lockdown boosted the Indian audience’s appetite for entertainment and also altered the audience’s viewing taste. He stated “It was the OTT platform that yielded in the à la carte of entertainment. This is the new-found freedom, you can see anything anytime and you don’t have to wait for a certain time and that is the beauty of OTT.”

New regulations on OTT by the Government

Talking about the new rules issued by the Government of India that brought all content streaming on OTT platforms under the purview of the Ministry of Information and Broadcasting and therefore subjected to review and referring Prof Biswas felt that the move could have far-reaching implications for OTT platforms and the content creators. It could curb creativity, prompt self-censorship and bring biased value judgement to what is henceforth permissible and what is not.

How OTT got the better of the movie theatres?

During his speech he reminisced how for a very long time since its inception in India, movie-going was the grandest form of entertainment but in the last 5-6 years, things have started to change as people are preferring watching films on OTT. He said that the movie experience was elaborate and further enhanced with tubs of popcorns in 10 flavours, nachos with dips, silver and gold tickets. But with the onset of the pandemic, this experience suddenly came to a halt and people switched to OTT.

Prof Biswas gave his comments on the audio streaming platforms by emphasizing the growth trajectory of the audio OTT platforms like Jio Saavn, Youtube music, Spotify etc. He said that the sector has witnessed a 42% increase in the time spent on the first view. He gave the example of Hungama Music whose virtual version was launched with original property and Hungama music room which featured renowned artists delivering acoustic performance while talking about lives and career. On Hungama Digital Media since March 2009, Shaan, Udit Narayan, Aditya Narayan, Salim Suleiman and many other singers have appeared on the show.

Huge investment in the OTT platforms

Prof Biswas shed light on the initial years of OTT platforms which began with BigFlix that debuted in 2008. In 2011, BigFlix announced a monthly subscription of 150 but there were only a few takers for this. It was only when OTT started creating original content that people started taking subscriptions to these platforms. He also mentioned how Netflix and Amazon Prime both American companies started investing heavily in local original content. In 2009 Hotstar which is owned by Star India invested 120 crores in generating original content. “No matter what the platform is, originals became the flavour of the season,” he added.

He mentioned how the reach of the OTT platforms is giving exposure and fame to the new talents. He gave an example of Apratim Chatterjee who acted in Dupur Thakurpo (Hoichoi) to express that many new talents like him arrived on this platform to a rousing reception which would have been unlikely in the traditional film and TV industry. The most interesting aspect of this was its reach at the micro-level i.e. among people living in villages that make up a major part of the Indian populace.

Lockdown acted as a boon for the OTT platforms

Prof Biswas also commented on the pandemic boost given to the entertainment sector. He said that the pandemic brought changes in the entertainment sector and consumption habit of the audience within months which would have normally taken 4 to 5 years. He supported his statement by stating figures- by September 2020 Hoichoi reached 13 million viewership worldwide, Amazon Prime video witnessed a 67% surge in subscriptions and Alt Balaji witnessed an average of 17000 new subscriptions on each day of the lockdown. He ended his speech by saying “We have a population of 134 crores and our market is very big. If we can reach out, if our communication is clear, straight and transparent enough, then success is guaranteed.”