Stories That Cannot Be Told on Big Screens, Can Be Portrayed Through Short Films: Cyrus Dastur 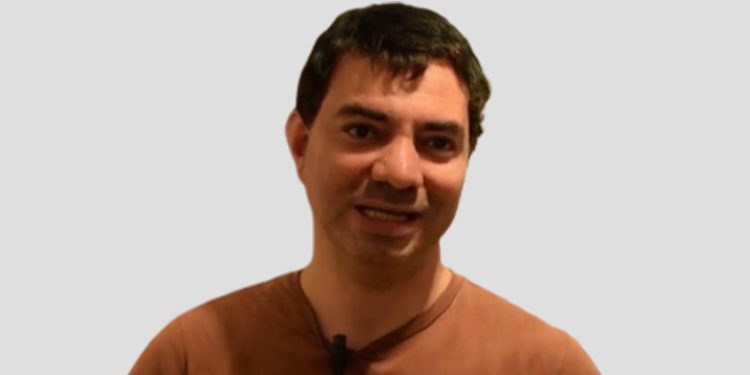 On Day 1 of SMX IndiaComm Summit 2021, Cyrus Dastur, the renowned name in the world of Indian short films, expressed his views on how the short film industry will evolve during the post-COVID era. He spoke on how the implication of democratic film making is gaining exposure while he also stated that there are financial drawbacks in the short film industry. Yet he believes that for new filmmakers, short films are the best way to learn art. If someone fails to tell a story on the big screen can always express it through short films.

Cyrus F. Dastur is the Founder of SHAMIANA, the film company, which is Asia’s Largest Short Film Company with its presence in the international cities of Melbourne and Hong Kong apart from the 15 cities where it screens short films. He is the one who brought awareness for short films in India through the short film movement in 2010. He has also made a significant contribution to Indian Theatre with his acting and direction. ‘When God said CHEERS’, a play starring Dastur alongside late Tom Alter was a hit in the theatres.

A Shift in Choice for OTT Platforms

Dastur affirmed his thoughts over the shift in the content on OTT platforms. He stated how due to lockdown, platforms like Amazon Prime and Netflix bought many films which were made for the big screens with high prices. Yet they failed to cover the cost due to quality reasons. Laxmii, starring Akshay Kumar, was a typical case that was released on Disney+ Hotstar. “It seemed a bad decision even when the deal was done”, says Cyrus. This makes the OTT turn towards the individual creators including a large number of short filmmakers which might help in much more adaptations of short films on OTT platforms. ”People are steadily understanding why democratic film making is important,” says Dastur, having an optimistic outlook for short films in the future.

Best Way to Learn the Art and Gain Experience

The short film enthusiast told the young filmmakers that short films are one of the best ways to learn the art of filmmaking, writing a script and doing the camera work. It helps one gain experience in the field. Moreover, the props are inexpensive. Most short filmmakers use “whatever is available”. This makes a film set up more budget-friendly for students. “Short films are affordable and help creators learn from their mistakes making it appropriate for students to practice upon. The learners have to keep on trying and try harder.” He is not very happy with the idea that everyone wants to be a hero or a director and that too on their very first work. He mentions repeatedly that success is a slow process and an artist should be driven by passion and not glitz and glamour. He believes, “Only the one who masters all the properties of filmmaking can call oneself an artist.”

Commercial Constraints Do Not Exist, Unlike the Big Screens

Censorship and commercial reasons act as restrictions for writers and directors to put out their creativity. Recently there has been news that OTT platforms will be censored as well. This gives freedom of space to short films. Dastur says, “Stories which cannot be shown on big screens due to commercial constraints, can be portrayed through short films.”

The opinion on the freedom of short films was followed by the fact that the short film industry was not earning much profit from their films. The big screens and OTTs earn more proceeds than short films, Dastur said. The reason being the lack of quality content among the short filmmakers. The need of the hour is to have better quality in order to get popularity and revenue. Some films will always make money for their stardom and promotions, be it a short film or a feature film, but the promotion less will have to stand out with what they create and that is how they make their money. He believes the aftermath of the pandemic will not be a reason for the loss in income if the script and production are up to the mark as the audience is always ready to consume good content. ”If filmmakers think that they will create whatever content they want and put it out there, that is really not going to work.”

No Dependence on Stars

Unlike various feature films, most of the short films are not backed by stardom. On the other hand, they bring out unknown talents. A director can test and showcase their skills through short films as they are not “depended on celebrities”. Only the quality can ensure the film getting good feedback. “Not all short films can afford big names like Naseeruddin Shah or Vidya Balan. They have to use their utmost skills though the story has to be good as well,” Dastur signed off.