The Crux of Success Lies In How Factual and Succinct Your Content Can Be, Says Neelu Vyas Thomas 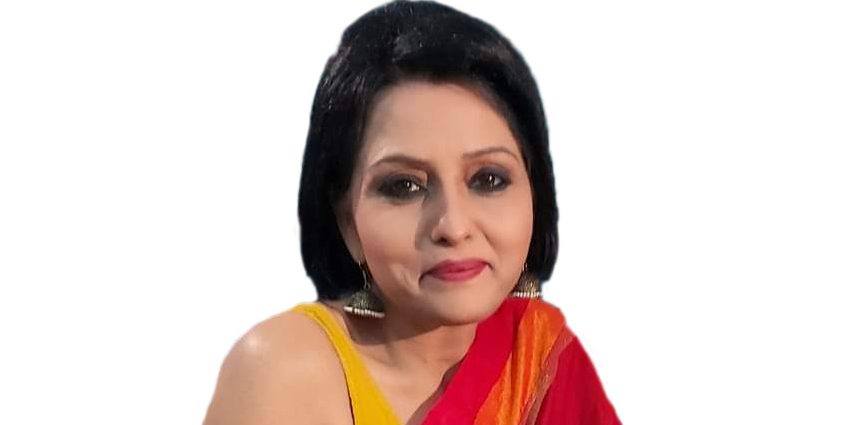 Neelu Vyas Thomas, the editor of Current Affairs of satyahindi.com , was one of the speakers of the 3rd Session of ‘Journalism Next’ on Day 1 of SMX India Communication Summit 2021. She stated the success mantra for online journalism is the fact that how much content has the facts and brevity in the right dose. She advised the Gen-Y to travel uncharted paths in life as to take up independent journalism and to throw questions at the practising norms of the present socio-political milieu.

SMX India Communication Summit 2021 is a series of webinars organized by Adamas University, Kolkata (University Partner), alongside InnoServ (Digital Partner), ASMA, ASENTREK Globals (Community Partner), and ORAI (AI Partner). The summit aims to explore the emerging trends in Media, Communication and Entertainment Industries and chart the way forward to a sturdy future.”. The two-day long webinar, named INDICOMMS 2021, was held on the 4th and 5th of March, 2021 with 40+ eminent speakers from the Media, Communications, and Entertainment Industry from across the globe.

Thomas has been a television journalist for the last 22 years. She started her career as a journalist with Zee news. She then joined Aajtak, it was one of the leading and top channels of that time. Then she made the tough choice to leave one of the leading channels and to work for a brand-new channel, i.e., CNN-IBN. She had the opportunity to explore multiple genres of journalism from political to investigative journalism and from documentary films to covering national events while working for CNN-IBN. Then she joined Rajya Sabha Tv, which was a big change considering the shift from a private organization to a government organization. This was a different experience altogether as she was also given the opportunity to be involved in panel discussions and different programs. Then she decided to quit Rajya Sabha TV and join Swaraj Express, which had to shut down because of the pandemic.

Thomas has always been at the forefront of streams involving political issues, social issues, gender issues, parliamentary procedures, and environmental issues. She has her name recorded in the Limca Book of Records (2017) as the first female journalist to sail across the International Maritime boundary line off the north-western coast in Gujarat to cover the patrolling efforts of the Indian Coast Guard.

The framework of media on the 2020 benchmark:

Reflecting on the year 2020 from the perspective of a media person, Thomas said that it has been a year where one can provide textbook examples of how one should follow the rules of journalism and how it has not been followed. With that being said, she further added that the issues that we’re focused upon and covered were polar opposite from the issues that should have been covered. This has made the media lose its credibility. “Media actually became the news insult”, added Thomas.

Thomas recalled the time when she was a journalism student and how she never could have speculated that a day would come when there would be a downfall of media and “death of newspaper and television”. “2020 has been the watershed moment, in terms of what you have achieved as well as what you have lost”, added Neelu Vyas. She highlights the fact that all the protocols of ideal journalism were discarded and “thrown to the winds”. Citing some instances such as the communalisation of the corona, in terms of Tablighi Jamaat, the way the CAA protests and Delhi riots were covered, she says the entire branding of media has been compartmentalized and sectionalized. She further states that though some boundaries have been crossed it cannot be denied that there have been achievements in the field of education.

Sustainability and future of digital media:

Thomas highlights that the future of digital media lies in adapting to technological advancement and promoting independent journalism. She cites the example of satyahindi.com where their subscribership was almost doubled amidst the pandemic only because they were able to adapt to the digital era instead of dwelling on traditional methods. She also questions the sustainability of the new digital model while commenting that “paywall is going to become the new future of digital media”. Commenting on the success of the digital media Thomas added that “the crux of success lies on how factual and succinct your content can be”.

Thomas highlights the fact cause of the downfall of traditional media amidst the rise of digital media is due to the fact that journalists are failing to ask the right questions in this new era. This led to the segregation of media. She cites the instances of the SSR death case and Delhi riots where confidential data had been leaked to the public by media without fact-checking which resulted in utter chaos. She also adds that the reason behind the preferability of digital media is due to the fact it does not hesitate to do the necessary evil like asking questions that may be politically uncomfortable but relevant and necessary.

Thomas comments that it’s difficult for the digital medium to sustain citing the example of how HuffPost had to shut down followed by their expose of PM CARES Fund fraud.

As a concluding remark, she advises to not back out from asking difficult questions. She adds that even though the digital medium is based on sensationalism, people still want to see the real story. She further adds that it is essential to focus on research, brevity, and clarity substantiated with facts. “A network or association of independent journalists could be a dependable model”, Neelu Vyas Thomas, signed off.