The Main Mantra of Radio is to Connect and Engage with People, Believes Jimmy Tangree 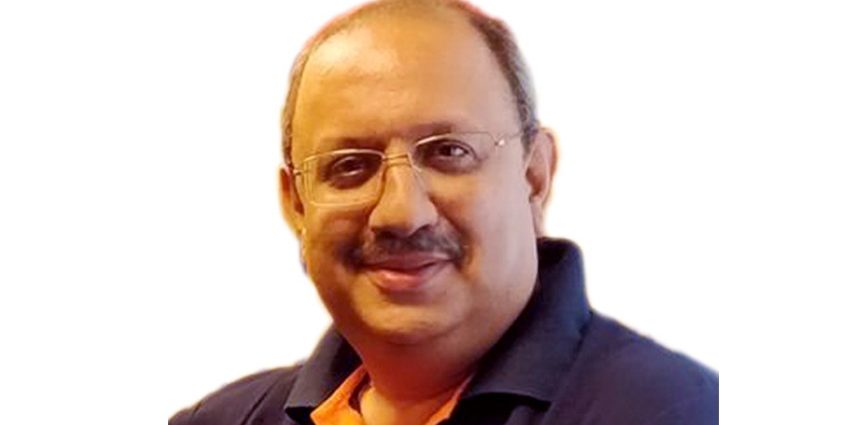 On the second day of the India Communication Summit 2021, Jimmy Tangree, Head of 91.9 Friends FM joined as a speaker in the third session titled “Regional Entertainment”. He has over two and a half decades of experience in the Radio industry and has been a DJ, MC, and voice-over artist since 1983. He started his career in deejaying in the late ’80s. In 1993, he started deejaying at Incognito, a night club at Taj Bengal. In 2000, he joined Saregama Broadcast software as Country Content Head. When private FM stations mushroomed, he joined RED FM as Station Head, Kolkata.

He started his discourse by sharing his perspective on the theme of the session “regional entertainment”. He pointed out that radio is all about connecting and engaging and that too in real-time. The first and foremost thing he mentioned was that radio is not about having a great voice or playing great music. He added that even though music is very important for radio as it entertains and brings happiness but the main mantra of radio is to be a friend, to engage, connect and to be accessible by people via phone, WhatsApp, or any digital platform.

Response of the Radio during the Pandemic

He described how during the pandemic, when the lockdown was announced all of a sudden, Friends FM took a stance to remain live 24/7. “Be it 3 AM or 4 AM, if anyone gave a call to their station, they were able to connect to an RJ and share their feelings- whether they are low, depressed or studying?” he remarked.  Even during sleeping hours of the pandemic variety of shows were broadcasted to keep the awake audience entertained.

Reminiscing on 4 years since Friend FM started going live both on Facebook and radio, he told that they were live in the streets even during the pandemic and kept informing the listeners about the current situation. He described an incident in this regard- there was a gentleman who connected with him when he was LIVE and told him that he was unable to go out, has run out of food and has a 2 years old kid who hasn’t had milk for 2 days. After hearing his appeal for help, the city of Kolkata responded and sent him supplies. The next day, even the cops and NGO’s came and they made sure that he had enough to feed himself and his child.

Bringing the World Together through Radio

Talking about how Friends FM did a phenomenal job in reaching a large number of people, Tangree told that Facebook approached them to do a case study as they were reaching 1.7 crore people on the Facebook live stream on daily basis. The station was going live 24/7 on  Facebook live stream and people from different countries were not only hearing them but also engaging with them, sending messages, connecting them via phone, WhatsApp, etc. The world became so close to them that sitting in Kolkata he connected with Ranajay Biswas, a prominent personality who was in Canada.

Delineating on the journey of Friends FM which completed 14 years, he told that presently all the RJ’s there have created an enounced conception where they stream their studio sound on digital Dolby Atmos mode on Facebook live. So if one plugs in a headphone and listens to their channel on Facebook they can feel a CD is playing in Facebook live in superb digital quality.

Strategies that can help in Growth of Radio

He said that during the pandemic, Friends FM performed well due to new innovation, new strategies, and a new way of connecting with people. Their strategy was to go live on both the platforms i.e. – Radio and Facebook, 24/7. Previously also they were broadcasting live but during the pandemic when all other radio stations started to stream from home or recording shows, they took the chance and started their live session 24/7 from the station itself. Also, they kept on motivating the people, engaged with them and made themselves available to the people all the time when they actually needed them. He declared that “the main mantra of Radio is not having a sexy voice but connecting with people.” He also felt that a radio station is a station that goes “live”. He concluded his speech by saying that “Podcasts should be live. What is the use of recorded podcasts if you cannot connect with people who need help?”