The Next Big Thing in Media is Gaming, Says Dr Annurag Batra 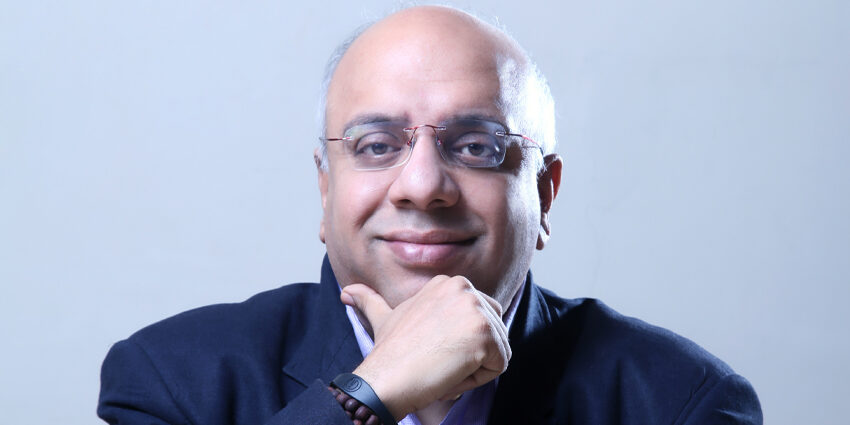 Dr Annurag Batra, the Founder and Chairman of BW Business world Group and Editor-in-Chief of Exchange4media Group were the Chief Guest at the Inaugural Session of the first day of SMX India Communication Summit 2021. Batra in his speech emphasized the Gaming industry as the emerging platform along with a web-led, content-led and converging media to be the future ahead.

SMX India Communication Summit 2021 aimed to examine and explore the trends, patterns and practices emerging in Media, Communication and Entertainment industries. The summit was organised by InnoServ, ORAI, ASMA and ASENTREK Globals. Adamas University, Kolkata was the knowledge partner. It was a series of webinars spanned over 2 days, from 4th to 5th March 2021. Each day of the summit focuses on analysing the growing trends and practices, in the specialised fields of media.

Dr Batra is the Founder and Chairman of BW Business world Group and Editor-in-Chief of Exchange4media Group. He is an entrepreneur, author, angel investor, a media mogul, a TV show host and a mentor to many successful entrepreneurs. He has also been appointed by the Government of India, as the chairman of an industry committee formed with an aim to come up with a vocational training framework for the media, communication and entertainment industry.

Gaming will rule the roost

Dr Batra begins by drawing our attention to the next big thing in media. He focuses on the next big thing being Gaming. The Gaming industry has already emerged as a growing industry but it shall become more mainstream. The AR and VR technologies are turning mainstream, contributing to the convergence of gaming and media. The Gaming industry shall become a part of every experience in media including B2B content, B2C content and entertainment content as well. He states the reason being interactivity, as both interactivity and gaming go together. Dr Batra also mentions an estimated amount of $3 billion that the gaming industry shall enjoy. He says, “In 2020 the global gaming market was about 163 billion and it is expected to almost double over the next 5-6 years.” The industry is however growing by a healthy compounded growth each year.

Dr Batra gives us an overlook of the U.S gaming market as it is the largest market in terms of time spent, content consumed and revenues generated. E-Commerce, the largest e-tailing in the U.S was about 16% of the overall retailing in the last 11 months that has increased to 27% at present. The pace of acceleration of adoption is quite high comparing 16% in 20 years to 11% in 11 months. He estimates the gaming industry to globally increase from $163 billion to $300 billion in the next 5.5-6 years, marking a CAGR of almost 11-12% every year.

Dr Batra also mentions the rising importance of cloud gaming in the market. He gave a few examples of gaming companies launching and distributing online games such as CEDA, Ubisoft, Epic Games, Atari, Warner Brothers and Disney Interactive Studios. In 2020 a total of 19 games were added to its cloud gaming platforms, with the further addition of 18 new games. Cloud Gaming is said to be coming together with the creation of a set of new gamers. Dr Batra gives us an insight into India’s investment scenario, previously with around 2 crore investors in the stock market, the number has increased up to 4 crores at present. The option of e-sports is driving an option of gaming to the millionaires.

He mentions with the outbreak of Covid-19, home entertainment has given a new dimension to the option of gaming. Gaming, however, was not a major home entertainment option in the past year, even in the U.S market. This increased by 45% in the U.S, 38% in France, 20% in Germany and 29% in the U.K. In India too, similar trends shall be seen in the next few years. Dr Batra refers to Mary Meeker, the American venture capitalist, also known as the ‘Queen of Internet’. He suggests the viewers follow Mary Meeker’s Internet Trends’ estimates and forecasts as they come true. She had forecasted 2019 to be the year of growing short-form videos, which is exactly the picture of the OTTs with a high popularity rate of short duration films. Dr Batra mentions, “Almost 21% of the internet users in the world come from China. Chinese companies took 7 of the top 20 spots of the Internet Market with Alibaba, Jerry.com, etc.”

Dr Batra refers to the growing parameters of the internet statistics in India from increasing mobile data usage, consumption of media, consumption of data, consumption of gaming, etc. This clearly marks that media shall not be confined to the news or entertainment industry anymore. Rather, it is becoming a co-creation with the gaming industry and most media companies are reinventing themselves to become a content-tech place as tech companies play a larger role in reaching out to millions as compared to traditional means.

Dr Batra concludes by referring to the courses which topped the charts of the edutech platform of ‘Coursera’. Those were the attributes of communication, listening, mindfulness and gratitude. Dr Batra signs off by saying, “Individuals and professionals are adding better technological skills, while technology grows, the value of human attributes and touch to it shall also grow and will be significant.”