How Can News Media Re-invent Itself? By Prof Ujjwal K Chowdhury 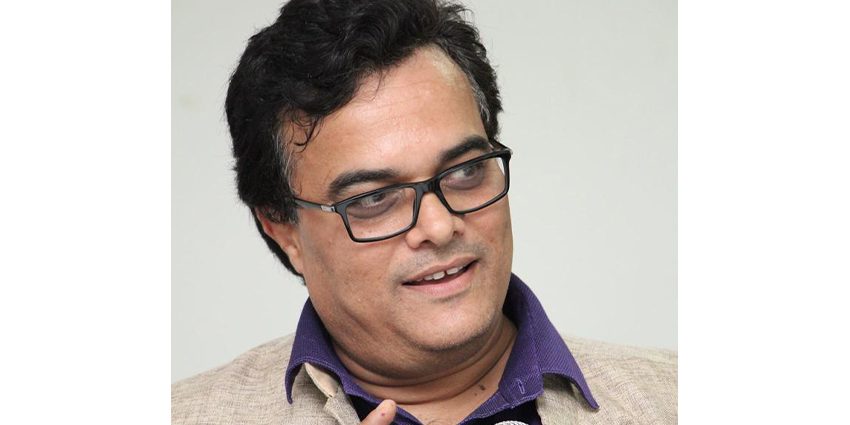 All Out Crisis in News Media:

Media Revenues have gone down due to Goods & Services Tax, demonetization, Real Estate Regulation Act, the decline in businesses of the usual advertisers, the crisis in the SME sector, online consumption of news and web entertainment gaining natural grounds without concomitant contribution to the topline, newsprint becoming costlier, and distribution of television channels tougher and more expensive, and for myriad other reasons. For the first time, newsprint has been taxed, with 5% GST by the current government, and their publicity department has delisted most small and medium newspapers from getting government ads. There is a hiring freeze on editorial staff in most news platforms, while many long-term employees are being nudged to take up voluntary retirement schemes.

Crises may be many, but the hunger for news and views of one billion consumers in the country is on the rise. And there shall be a riot of news dissemination and consumption with many states and the nation going to polls all within less than a year.

The news media which are the most successful ones at creating and maintaining ties with their readers, users, listeners and viewers will increasingly be media that dare challenge some of the journalistic dogmas of the last century: the dogma of arm’s length; the dogma of neutrality; the dogma of objectivity; the belief that journalists have a special ability to find and choose what is important for citizens. And not the least is the basic idea that journalism is primarily about transporting news and information from A to B.

On the content side, a more engaging, cooperative and community-oriented direction is needed in journalism. So move from neutrality to identity: Show who you are, and from which perspective — geographically, socio-demographically, or politically — you view the world. ‘Language of Hope’, ‘Development Focus’, on youth-identified content, etc, shall be seen.

Second, move from omnibus to niche: it is possible to create both quality journalism of high public value and cater to targeted audiences at the same time. Hence sectoral supplements, utilitarian content, news that you can use, busting myths and false news, etc, will be needed.

Third, move from flock to club: gathering people around the news media, in clearly defined communities — clubs — is a strategy gaining momentum. Hence, RoundTables, debates online and offline, creating loyalty in offices, catch them young in campuses shall be another order of the day.

Fourth, move from ink to sweat: create physical journalism in the form of public meetings, festivals, events, and stage plays. Hence, events, one each month with a focus. Some media organizations are already reaping the content, network and revenue benefit of high-decibel televised events.

Fifth, move from speaking to listening: listening to citizens and creating more transparency in editorial matters through direct personal dialogue, physical presence in communities, or systematic use of small and big data. Hence, more opinions of others on paper and online than merely those of the reporters and editors, more of community and citizen journalism to be seen.

Sixth, from being at arm’s length to cooperation:  involve the citizens directly throughout the journalistic process: from ideation to research to delivery of independent content to the subsequent debate of published stories. So, round-tables, opinions, debates, stand-offs, guest editor, etc, to be enhanced in frequency and output.

Seventh, move from own to other platforms:  social network technologies have big potential to enhance and deepen engagement, while at the same time creating stronger journalism. So, enhance social media footprints of all initiatives of your media platform, and not just to put content there but to engage and debate with consumers of media who shall then be prosumers (user-generated content producing consumers).

Eighth, move from problem to solution: you gain greater impact if you add a solution-oriented level to your work. Constructive journalism simply creates more engagement among readers, users, viewers. Hence, all special features should ideally be solution-oriented.

Tenth, the tsunami of false and fake news and post-truths in media seems to be winning now, but the battle against it has just stared through the use of Google reverse image search, TinEye, the free video to jpg converter transforming video into images, and InVid. Google has developed several tools for facts and video checking, and so has Facebook started several measures to create awareness against false news, to identify and pluck them. However, I must note here if it is news it is not fake, and if it is fake, it cannot be called news. So it is false content.

Eleventh, the need for media literacy and a higher net literacy is felt stronger than ever before and media organizations need to have content and programs focussing on creating awareness on what type of media to be consumed and how, and how to identify and avoid false and fake news. This is an urgent need of the day.

Twelfth, the need for visionary investors today was felt stronger than ever before especially when technology is seen ceasing its utility in wrong hands and data often seen as being mined, stored and used for specific interests only which maybe even detrimental to the common good.

Thirteenth,  though women are quite numerous in television newsrooms, especially in English, that is not the reality in language TV newsrooms and in print newsrooms in general, more particularly in the smaller towns. Women in newsrooms are seen to bring in more transparency, democracy and collaborative partnerships. As someone noted, creative destruction can come in newsrooms with a bit of woman-bonding through handholding and seeing another woman as an ally.

Fourteenth, the news industry revenue is going through a churn like never before. Currently, 38% of total global ad spending is in the digital medium, which has gained heavily from print which has come down to 9% globally. Television is at 34%, globally, but is on a fast decline. Rest 19% are distributed among radio, outdoor, events, and a myriad other channels. Advertising pundits opine that digital will finally stabilize at two-thirds of all ad-spending globally. Hence, an integrated newsroom is the right thing to do and creating a multi-skilled multi-media convergent team of journalists on the field and on the desk is a must for the news of tomorrow.

Fifteenth, not just digital, but mobile-first will be the new mantra of the news media of the future. Worldwide and in India, consumption of news on mobile and news on the run is galloping ahead with the sharp rise in the use of smart-phones. The ability to tell the news in the first paragraph that fits the mobile handset screen is important. Then creating hooks to read more.

Sixteenth, digital news media of tomorrow shall experiment with diverse revenue sources apart from traditional advertising on the web. There is the subscription route, the crowd-funding route, the Paywall route, the events route, social campaigns route, co-subscriptions with non-competing content platforms, customized story-telling for brands, collaborative revenue sharing among media platforms with a similar approach, etc.

Seventeenth, solutions journalism taking a stand or a perspective will stand out and create its niche audience to be catered to through news, views, humour, info-graphics, events, referrals, etc. Loyalty to such specific brands can be leveraged through membership drive as well which goes beyond just subscriptions. New York Times example is a good one in this. Wall Street Journal has developed a membership model with Fox TV and Harper Collins publishing together, benefitting all three.

Eighteenth, legacy media needs to be innovative to survive. Just in the US, from 1410 daily newspapers in 2000, it is now 1286 in 2018. So print news is on the decline, but not going away for sure over the next decade or more. Newscorp is the world’s largest digital real estate company: it moved from Mansions coverage in print and digital space to owning up digital media brands of real estate across the world. Thinking beyond the known comfort zones would be needed.

Nineteenth, media has traditionally been the gate-keeper and agenda-setting has been a prominent function of every legacy news platform. But today, news media has to creatively be the gate opener that brings newer consumers and the existing ones repeatedly to its doorstep. The big picture of the brand concept of news media has to be to engage people without them asking for it, and creatively, not obtrusively. They may give away sources of stories, can refer to other news sites for further support to the readers, give solutions, integrate digital video with textual stories, etc.

Finally, for quite some time now, the move from soloistic or a few initiatives platform to a convergent multi-media platform has been the reality for most media enterprises. This is about attempting to be present across offline (publications), online (portal, social media), on-air (television, radio), on the ground (events), and on mobile (app) platforms. Then, the media group can take its content seamlessly across multiple media platforms, reduce costs on human resources getting fewer multi-skilled professionals, and may also bring in higher revenue by offering integrated marketing and branding solutions to its advertisers across multiple media. Media convergence always reduces HR costs, real estate costs, news-gathering costs, and increases resource efficiency and brings in more revenue across platforms.

Organizing relevant news-worthy events surely lead to positive top and bottom-line, apart from relationships and content, though organizations may need to be pliant to powers that be if not careful in dealing with them.

Clearly demarcated advertorials, news that you can use, utilitarian content from among paid-for branded content is another source of revenue to be harnessed by each media enterprise depending upon its reach and impact. It is a fine line to tread and only a balanced approach keeping news sacrosanct and yet paid-for branded content also present is needed.

Investing in multi-media content providers making them mobile journalists and in the editor to make them multi-media editors on the one hand, and multi-media brand and sales professions who can develop packages to sell well in the market place, together make another way to enhance revenues. Multi-skilling is a necessary condition in news media HR in times to come.

Today media houses have to worry about Time, and not Competition. The time of the target audience is the one single non-renewable resource that needs to be monetized. Clickbait is a short-run success policy but negative, whereas engaging the audiences is a positive route.

Also, a news enterprise must know who is its audience and hence who will spend to reach out to them. Developing annual packages on the sales front with such brands and organizations interested in its audiences is the sure-shot way to tackle the revenue challenge effectively. Reach and frequency are no more the only currency for the advertisers. They also want to be associated with credible brands or the type of journalism reflected by a specific news enterprise in question.

Each media enterprise story is unique. You can only suggest a laundry list of revenue diversification, but the ones that will click in specific cases will vary from platform to platform. A dedicated community created by a media outlet if serviced well raises enough to sustain and grow. The future of journalism is surely in producing content which people are ready to pay for.

The author, a regular commentator on politics, media and education, is currently the Pro-Vice-Chancellor and Media Dean of Kolkata based Adamas University, and the former Dean of Symbiosis and Amity Universities, apart from Whistling Woods International. He is a firm believer in harnessing the power of media convergence for re-inventing existing media initiatives.

Meet the ‘Modern Hermits’ of the Digital Era By Prof Nitesh Tripathi
March 4, 2021