Event Management Is Either about ‘Sambandh’ or about ‘Sash-Bandh’, Says Roshan Abbas 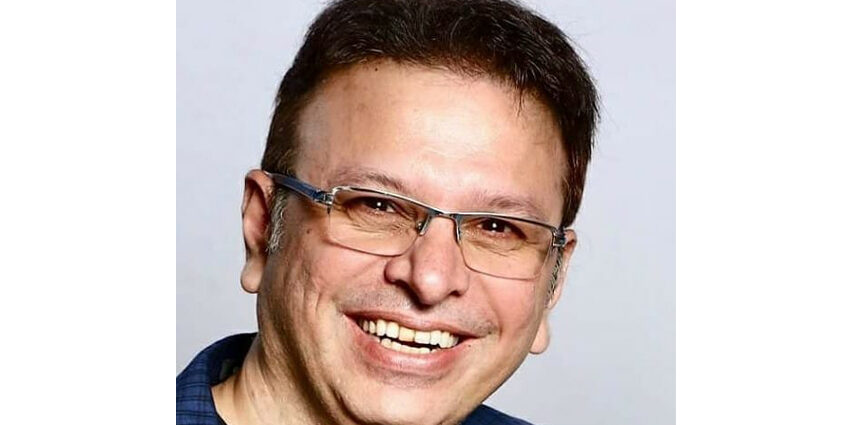 Roshan Abbas has expertise in radio, television, theatres, events and BTL. He entered Bollywood in 2011 with his debut directorial venture ‘Always Kabhi Kabhi’ under the banner of Red Chillies Production, owned by Shahrukh Khan.

Abbas has been a television and radio anchor. He won awards at the radio and television artiste awards in India. He has also written and directed musicals and plays performed across the country. Having experience in hosting events in 100 cities in India and abroad, Abbas is one of India’s finest orators and storytellers. He is also the Co-Founder of Kommune, the Founder and Managing Director of Geometry Encompass and a Partner of Glitch.

Roshan Abbas began by saying, “We are the masters of our own times. Some of you wake up early in the morning while some of you work until late in the night. So, the world needs both eagles and owls.”

“When you enter the world of events, always remember you are getting people to assemble. There could be hundreds, thousands, millions, and it stretches. It is the art of getting them together for an event – basically in a real event. You are dealing with entertainment, emotions, spectacle and creating an engagement when you are in this field”, is what Abbas had to say to enthral the learners.

Abbas said, “I enjoy engagement with people. I love interacting with people and I enjoy audience applause at the end of the performances. These things generally attracted me when I was doing my masters in mass communication. I learned that I could do a lot of things using the art of the stage because the stage is again the art of assembly. Dancers, musicians, performers, actors, scriptwriters, stage, set, light, sound, and audiovisuals were all there. As a student, there were not many event agencies in 1995. Frankly speaking, people didn’t know what was an event agency. For that reason, I felt that there is a need to institutionalize the entire process.”

Abbas shared his opinions that knowledge is the source of all things and learning is essential to improve. He added, “I did four courses during the lockdown. While one was on digital marketing, the other was on filmmaking. When you stop learning, you grow old.”

Abbas also talked about the disadvantages of the event industry. “Event managers make people’s new year special but very often their new year is at work. So, this is not the place to think about glamour. Many people work hard and then get their value. It is a hard place. Seeing people, engaging with them and getting applause is big.”

Abbas further narrated another incident and said, “Be a curious learner. When Kaun Banega Crorepati (KBC) was launched in the year 2000, the task was given to us. We went all across the country and created amazing campaigns, but while it was on, the head of Star TV was very keen to try some new ideas. While going to the Star TV office one day, I stopped at a traffic red light and saw an elephant next to me with a Mahuth on it. I looked at the elephant and wondered as to what an elephant was doing in the streets of Mumbai. I got out of my car and asked a person about it, and he said that he is taking that elephant for a marriage ceremony. I asked his contact number, and he gladly gave his number. I went to the office and got to know that the head of the KBC wants an elephant with the logo of KBC, and I said it would be done. Challenges will be thrown at you. You have to keep building your contacts, collaborate with them and make connections.”

He revealed that his phone contact book had thirteen thousand contacts. He added, “These are people who I have known at some stage or the other. I am a curious collector.”

Abbas emphasized on building relationships and said, “There should be a right balance of high spirits, motivation, fun, games and a celebration with the team. There should be a proper structure because no business can run on bhaichara (brotherhood). We are building an institution, not a company at Encompass. Everyone should learn to give knowledge to others.”

Abbas also believes that in event management, there is either sambandh (relationship) or sash-bandh (everything is shut). He mentioned that this field is a magic carpet that can carry a person to any space, but that person should know the spell. Abbas says, “If you hire giants, by standing on their shoulders, you can see the horizon which you have not seen before. That’s why the joy of working smarter and sharper is always there.”

Mentioning the post-COVID-19 scenario, Abbas showcased two videos and further added, “For a while, this screen is the stage, and you have to perform on it. You have to think about what can you do better and how you can utilize it. It completely depends on you. Digital live video is your new currency; interactivity is your new currency.”

Abbas lastly suggested that learners should build a profile in LinkedIn as it is a professional space and helps the newcomers to get recommendations and connections. Finally, Abbas said, “This situation shouldn’t paralyze you. God has given you the knowledge, will, and creativity to continue your process.”