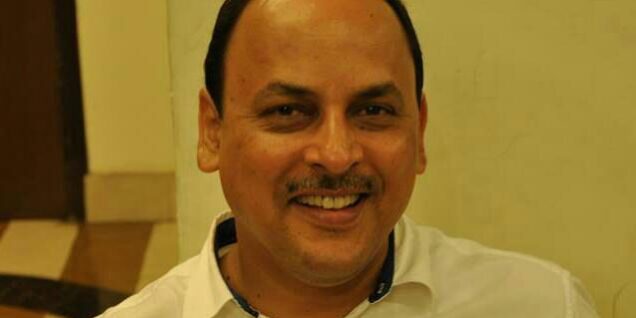 Anjan Bandyopadhyay, the Editor of ABP Digital, is one of the leading names in Bengali journalism. He joined journalism three decades ago and has trudged through all of Print media, television and digital media during his illustrious career. A familiar face as a TV presenter, he steered the journey of Zee 24 Ghanta as its Editor (Input) for many years since its inception. In 2015, Bandyopadhyay rejoined the ABP Group, from where he started his career.

Bandyopadhyay spoke about the media-neutral aspect of journalism and talked about the importance of digital media during the pandemic and went on to deliberate on technology convergence in media. He threw light on all the available media platforms – from print media to television to digital media.

ABP Digital receives 90 lakh unique visitors every day and is one of the largest news portals in the Bengali language.  Bandyopadhyay writes on various current affairs topics and analyses issues on camera as well. A recipient of various journalism awards, Bandyopadhyay treasures the love and affection that he has received from the common people.

He emphasized the word journalism and said, “Journalism does not depend on any media platform. Finally, content reigns supreme in every scenario and there is no substitute for it”. He added, “According to the needs of the people and the news, the medium of delivery shifts”.

He went on to explain earlier times when no other medium of delivering credible news was present except the print media. Therefore, print media still has a major stake in the news market.  In olden days, there was only one medium and people believed whatever was written in the newspapers. He also stressed on the non-existing feedback feature of the print media and how it made communication one-way from the editors to the common people.

Bandyopadhyay then talked about the advent of the television era and how government-sponsored news channels like the Doordarshan appeared. Subsequently, people started interacting with each other and on-field reporting became commonplace. For example, if a calamity strikes an area, reporters can go and cover the incident thus creating a humane interest in the story.

He went on to explain how digital media has brought a great revolution in the field of journalism. Previously, people read and got to know about news from only one medium and they relied on it heavily to serve their needs for news in their day-to-day lives.

However, now the circumstances have drastically changed. He explained this fact by citing a very simple example. He reminded people of the famous aircraft crash in the Hudson River. Although nobody was hurt, that incident found its place in the mainstream media and was telecast worldwide within minutes. There was no journalist on the spot but a common person, who witnessed the incident, took a picture and posted it online. Therefore, the buffer time between news being transferred from local areas to media houses has decreased significantly due to the use of the Internet and Digital Media.

Bandyopadhyay said that television usually showcases what is going on currently on a particular subject. However, it is the responsibility of the print media houses to use their strengths and gather as many analyses as possible and highlight the key reasons as to why a piece of news becomes news, what are the factors behind it and more.

However, he also mentioned the emergence of fake news in the country, which is one of the disadvantages of the digital medium. Unethical people and news organizations always try to morph and manufacture news that is untrue and it takes a while to differentiate fake news from the truth.

That’s where the credible news agencies come in. They need to keep their audience aware of hoaxes all the time.

On being asked about the success formula of ABP Digital, he replied, “There is no tactics or strategy (of making a news agency more credible). Readers understand everything and they are well-informed as they are living in the digital age. Therefore, it is our duty as journalists to serve people by giving them the truth and unbiased facts. But I do realize that many journalists these days are highly unethical. Therefore, we should consider our readers as our God and give them the right information always.”