Only Digital Journalism Can Secure the Future of Journalism, Says Journalist Ashutosh 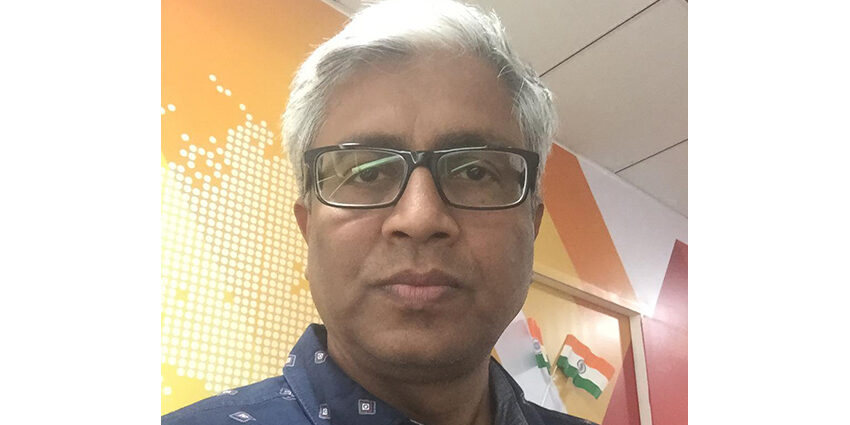 Ashutosh is deemed by many as one of the best Hindi language journalists in the country. After being hugely successful as the Managing Editor of IBN7 from 2006 to 2014, and a brief break in politics, Ashutosh is again back to journalism. Currently, he is the Founder and Editor of the Satya Hindi and is one of the iconic faces of journalism, both on television and digital media.

Ashutosh is a prolific writer, reputed columnist, and a powerful debater. He has authored three critically acclaimed books – Hindu Rashtra, Anna: 13 Days That Awakened India, and The Crown Prince, the Gladiator and the Hope: Battle of Change.

“The world we are living in today, and the kind of journalism we practise today, is incredible,” said Ashutosh. He acknowledged the current pandemic scenario and how it has led to panic in the minds of individuals. He talked about how technology and digital medium have kept all of us connected.

Ashutosh is one of the reputed journalists, who started his career in print journalism. He then shifted to the broadcasting news industry and worked as a first-generation television journalist. Currently, he is in digital media. It has been a really long journey for him, but, for the last two years, it has been really a challenging task for him to work on the digital platform at this age. He still finds it difficult to know all the technical norms, but he is adapting to it. He said, “This revolution might not seem revolutionary to this generation and, the millennial might not understand it.”

The Journey from Print Media to Digital Media

He talked about the difference between the two eras of journalism – now and then, through his own personal experiences. “Some years back, during the Punjab Legislative Assembly election, I was sent to report in Jalandhar. It was a Sunday and I had to file my report. During those days, I didn’t have a cell phone. There were no Public Call Offices (PCOs) during that time too. The only way to send the report was to FAX it from the Post Office”, said Ashutosh.

He further narrated the incident and said, “I collected all the information from the source, and prepared a report. I wrote it down on paper and went to the Post Office. But the official refused to send it as it was written in blue ink when it was supposed to be written in black. So, I took a black-inked pen and wrote the report again. It took around three hours to send the report.”

After sharing his experience, he explained about the current condition. “Now, even if I have to travel to some other place, and also have to report an incident, I can simply type it down on my phone. I ask someone else to drive while I prepare the report. It hardly takes one and a half hours to complete and submit it”, said the renowned editor. “Now, everything is instant”, he added.

Ashutosh believes that the changes that have been brought about in the last 30 years, not only in India but all over the world are revolutionary. Even in the case of reporting, there have been a lot of changes that took place over the years. “We had to go to the library, get the cutting of the published newspapers, and then take down notes. After that, we travelled back to our homes and prepared the report. During those days, one report took as long as one day. But now, you all can get the information from your smartphones by googling.”

“Newspapers like The New York Times, The Washington Post, The Wall Street Journal and The Economist, was sold once in a week, in Delhi. People used to buy them and read them after a week or so. If I was in Mirzapur, it took two to three days for those newspapers to reach me. But, now you can read them instantly on your smartphones”, said Ashutosh recounting his personal experiences.

Journalism – What Does It Mean Today and, What Is Its Future?

Ashutosh highlighted the current scenario of journalism and believes that eternity and the availability of content is only because of digital technology. Journalism has been brought to the common people, from the elite club, and now everyone is a reporter. “From 1,000 journalists, the number has increased to around 137 crores in India. Everyone is a journalist today”, he said. In today’s world, one can report it from home or may go to the field. He stated that only strong information and reports will be accepted by the readers.

He emphasized how the print media is slowly dying, with the rise of the digital media. After the pandemic broke out, he realized that print is on the death bed. However, previously, people could feel and smell the essence of a newspaper, but now all we need to do is scroll up the screen on our smartphones. And, it’s not the print, but even television has started declining. He believes that in the near future, both print and television are going to be merged with digital media.

“Digital journalism can only secure the future of journalism”, said Ashutosh. “Now no big television studio is required,” he further added.

He also spoke about the dangers in journalism by focusing on the word ‘journalism’ itself. According to him, journalism is a method of processing information. After, gathering the information, it goes through a lot of cuts and edits to make it presentable. The entire process is referred to as journalism.

“Today, everyone is a journalist, but how credible are they? But these days, the information collected doesn’t go through any processing. People need to understand which information is coming to us after being processed, and they can trust them. Only a few will have authenticity”, he remarked.

People these days even have the opportunity to express their own views by creating their own platforms. Sometimes, people can’t voice their opinions on print and television due to the government. But digital media provides that space. He also enlightened on the disadvantages of digital media such as blackmailing and manipulating, but it’s the people who need to identify them.

“A journalist is a person who has the ability to process the raw information and keep in mind that the information provided is authentic,” said Ashutosh.

Ashutosh concluded by saying, “There has been a lot of discussion going on in both Indian and international level. Even television journalism is not independent, and that’s true. Many renowned journalists consider Indian journalism as North Korean journalism today”.