To Be a Writer One Has to First Understand the Artistic Call, Says Sangeeta Bandyopadhyay 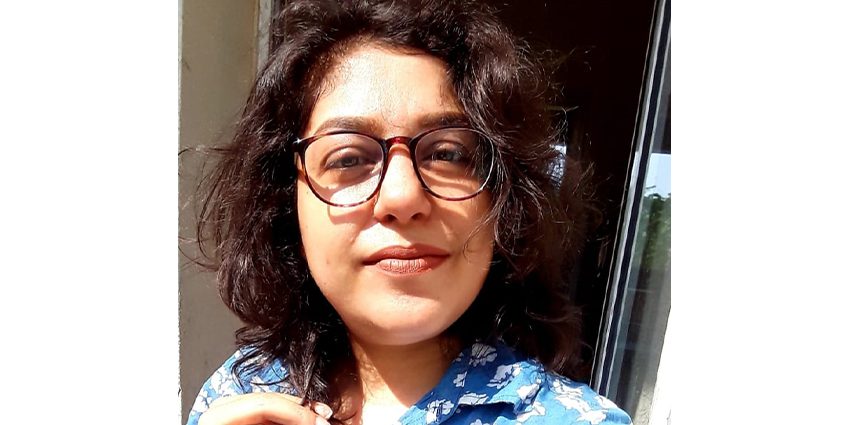 Sangeeta Bandyopadhyay is an internationally acclaimed Bengali author and a writer at the ABP Group. Having penned nine novels and over fifty short stories, Sangeeta Bandyopadhyay is an author of global repute. She is also a newspaper columnist, an essayist and a film critic. Writing is her full-time profession. Four notable novels of her – Sankhini, Panty, Abandon and The Yogini has also been translated in English and published by a UK based publishing house – Tilted Axis Press.

Then, Sangeeta shared how she had worked as a writer 20 years back, writing down with pen and paper by hand and then taking it to the publishing house where it would be further typed and other procedures took place. Fast forward, she continued how the emergence of computer, internet and email services a decade back eased the working process. She said, “We are trying to muddle through with this digital media while the Coronavirus has led us to such a situation that digital is the only way left.”

Writing in the Digital Age

She shared how the coming up of social media and several other media platforms made an abundance of writing available. Anyone can easily set up a website and engage people with his or her writings. “We are getting an abundance of work to read. But these are not coming in a filtered way so that we can consider it to be something credible. Even information – a single true fact also comes up with several interpretations”, she stated.

How to be a Writer

“To be a writer one has to understand first the artistic call”, she said. She emphasized on understanding the call, the urge especially when writing in Bangla – as it becomes difficult for them to survive and continue it lifelong.

Knowledge is vital and its profundity plays a great role. She advised reading a lot of literature as ancient as 4,000 years ago. Writing is a basic thing and having a good knowledge of literary works available worldwide is essential. Even the knowledge of world history and socio-economic structure are vital rudiments of becoming a good writer.

She said that observing is a very important thing for a writer. She stated,  “Experiences are also inspirations. This also comes as a new fabric for writing. Social issues that haunt make people thinkers. Imagery or a scene can haunt and become an entire writing piece, it  becomes relatable with our lives, opens up in various folds and works as magic realism.” She elaborated how she had framed protagonist characters of her novels The Yogini and Panty with magic realism.

Controversy and Translation of Work

When her second novel Panty was published, a large section of the society including many stalwarts did not accept that well. On translation, she considers that language is not a barrier when the content of the work has similar appeal in societies.

Effect of Pandemic on Printed Publications

Due to this pandemic, many print platforms are suffering and are unable to publish hard copies. They have turned to digital publications. She applauded her UK-based publishing house that has taken an initiative to help Kolkata’s Boi Para market in reviving from the loss caused by the Amphan.