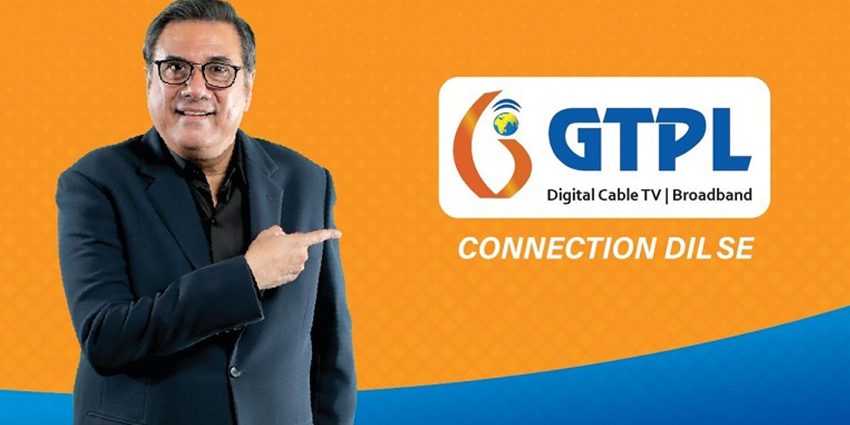 GTPL Hathway Limited (GTPL), India’s leading Digital Cable TV and Broadband Service provider, today announced the renowned Bollywood actor Boman Irani as its first-ever brand ambassador. The Company is launching a major advertising campaign featuring Irani with the tagline ‘Connection Dil Se’ for a deeper and wider connection with the existing and future customer base. GTPL has associated with renowned Bollywood composer duo Sachin-Jigar duo for the theme song which captures the spirit with which GTPL celebrates its connection with its customers.

Commenting on the association with Irani, Brand Ambassador GTPL, Anirudhsinh Jadeja, Managing Director, GTPL, said, “GTPL is proud to onboard versatile actor Mr. Boman Irani as its brand ambassador. Mr. Irani is a highly respectable Indian film actor, theatre and voice artist whose films are watched and enjoyed by the pan-India audience. Our new tagline ‘Connection Dil se’ is in line with the Company’s ethos to connect and actively engage with all the key stakeholders. The campaign is being launched in TVC, Print and Radio mediums and will also take a digital route to engage across all geographies.”

Commenting on being associated with GTPL, Boman Irani stated, “It is indeed an honour and a pleasure to be associated with GTPL, a prominent brand in broadband and cable TV. I have been a customer of cable services since the early 90’s and broadband subscriber for almost a decade. I have always appreciated the prompt service and the relationship that a cable operator enjoys with his customers. The tagline “Connection Dil Se” resonates with all the relationships that I have cherished over the years and I am sure GTPL enjoys the same “Connection” with its customers. I wish Team GTPL the best in all their endeavours and look forward to being associated with the Brand.”