India soon to be a $100 Bn Electronic Manufacturing Industry

You are here:
Latest NewsNews 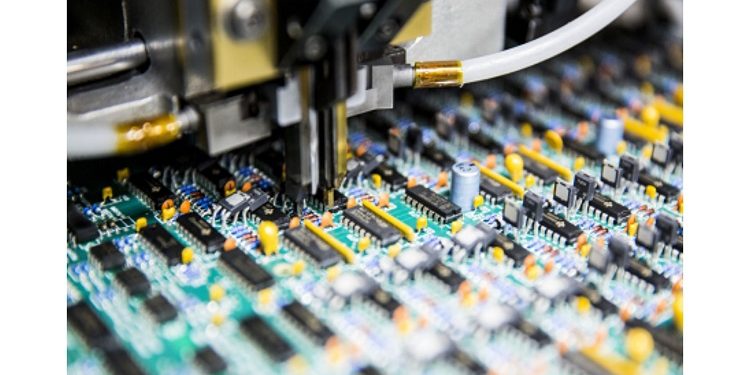 India has worked hard to position itself at the forefront of the electronics and information technology industries. That ambition may come true, according to India’s Minister of State for E&IT Rajeev Chandrasekhar, who spoke at the US-India Business Council’s India Ideas Summit 2022.

During a panel discussion at the Taj Palace Hotel in New Delhi, Chandrasekhar discussed the US-India relationship, which has been going on for 75 years.

“Our objective is to establish a USD 300 billion electronics manufacturing industry in India by 2025-26,” Chandrasekhar said. “Electronics manufacturing, which is currently worth USD 75 billion, would be a significant component of India’s USD 1 trillion economies.” During the COVID-19 landscape, India’s manufacturing capabilities have strengthened, making us a favored partner in global supply chains.

He went on to say that the country’s strategy is centered on strengthening its innovation environment and that the internet and technology will be key enablers in India’s continuing economic growth.

He emphasized that the complete approach will enable a new legislative framework that handles the digital environment while also acting as a stimulant for the Indian economy by allowing for more innovation. More entrepreneurs while also protecting Indian residents in terms of safety, trust, and responsibility.

He also discussed the Digital Data Protection Law and how the administration is presenting a comprehensive framework of rules to the parliament to address data protection concerns. “Among other things, we have the National Data Governance Framework Policy, which addresses non-personalized data and anonymous data.” We will implement new rules, regulations, and legislation over the next 3-4 months, taking into account all stakeholders and countries involved.

Our priority is to create good legislation, policies, and frameworks, as well as an enabling ecosystem, to assure India’s prosperity in the future decade.”

The US Chamber of Commerce organized the conference, which saw senior ministers, politicians, influential commentators, and business leaders from India and the US think and debate, improving business links between the two countries. In his remarks at the event, USIBC President Ambassador (ret.) Atul Keshap stated, “We are now at a point where geostrategic and geoeconomic convergence will determine much of the near future.” This necessitates a closer economic collaboration between the United States and India to provide commodities to their respective peoples. We are relieved that the pandemic has passed and that we can now focus on promoting the strategic narrative between India and the United States. This bodes well for both countries.