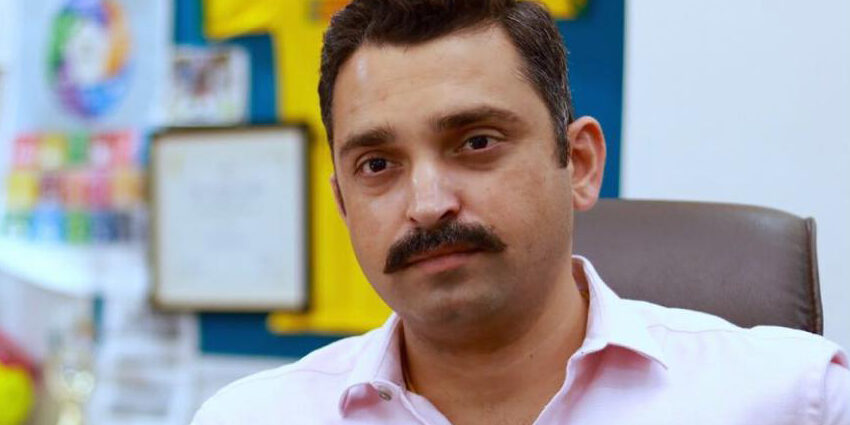 Siddhartha Upadhyay, philanthropist, brand consultant, sportsman and social entrepreneur, spoke about how a person should make himself/herself relevant and how he/she could make his/ her time profitable.

Upadhyay shared a wonderful story of the Chinese warrior named Sun Tzu, known for philanthropy and his bestselling book ‘The Art of War,’. In this book, Sun Tzu stated, “Always leave an exit gate behind your opponent.” He explained how people usually think about creating an exit gate for themselves and making crisis management plans etc. to avoid crisis and loss. He pointed out what Tzu had to say concerning this. Tzu had stated, “When you are fighting with someone and leave an exit gate behind your opponent, the opponent starts thinking if I lose the war, there is an exit gate, and I can run away through the gate.” This is the tactic to attack the opponent’s mind.

He expressed his observation that given the current situation, people who already have an exit plan are mostly facing problems because they focused more on the exit plan rather than the war to conquer and taking it to the next level. Not everyone did the same. There are many organizations that are ready to invest money in agriculture, IoT, OTT etc. Those people did not focus on the exit plan; rather, they made the exit plan for others, and this exit plan came from the mind of a PR executive.

“Entrepreneur is not a title; it’s a character,” said Upadhyay, who also encouraged others to think like an entrepreneur and as a PR executive. He forbade the newcomer in the field of PR to think just like an ordinary PR person. According to him, every public relations officer is an entrepreneur.

To make PR profitable, he suggested that an emphasis be put on empathy, on the content, and also on the digital marketing strategies.

He spoke about how the PR industry has changed itself in the last 15 years. He recalled the memory of his initial days in this industry, which was very simple but driven by Information Technology as a sector. The PR industry used to have sectors such as HR, PR, Event PR, and trade session. People used to talk and the media needed a story. Gradually, the situation changed and they introduced a new term – sales PR. From communication exchange to communication creation – the situation has changed a lot.

Upadhyay noted that if the industry acquires the ability to read, adapt to the changes and react accordingly, the Covid-19 situation will not harm the PR industry. He added that one could work as a PR professional in many industries, including business to business, business to government and government to government.

One has to understand one’s relevance, and so he advised students and young PR professionals who have joined the industry to believe in reading and adaptability. PR people have to be in the habit of reading and know what is happening internationally. Understanding the international economy and understanding the changing media and consumer trends are very important to survive in the industry.