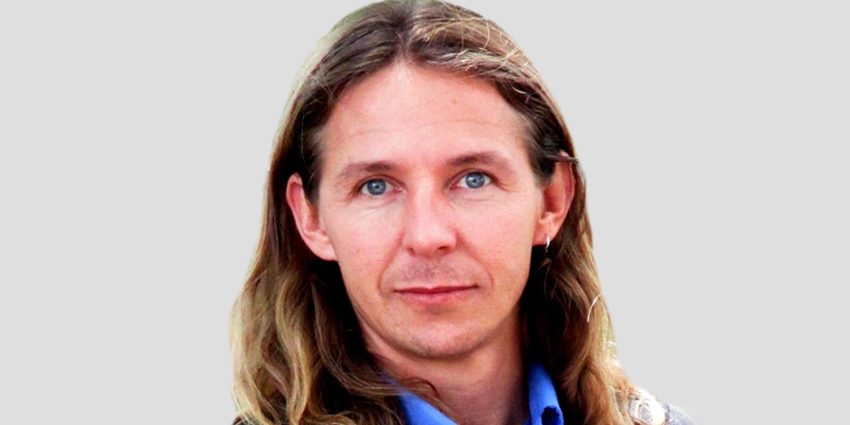 Damon J. Taylor, a United States-based Freelance Screenwriter and Script Consultant, shared his views on post-pandemic varying trends of nouveau technology and an evolving online mediascape. While speaking at the Day 1 of the SMX India Communication Summit 2021 – India’s biggest summit on Media, Entertainment and Communication. Taylor said, “Until now, we have had a structured way of screenwriting but with nouveau technology and people coming in, there have been varied storytelling vantages.”

SMX India Communication Summit 2021 aimed to examine and explore the trends, patterns and practices emerging in Media, Communication and Entertainment industries. The summit was organised by InnoServ, ORAI, ASMA and ASENTREK Globals. Adamas University, Kolkata was the knowledge partner. It was a series of webinars spanned over 2 days, from 4th to 5th March 2021. Each day of the summit focuses on analysing the mounting trends and practices, in the specialised fields of media.

Damon J Taylor began his film career as a professional horseman in films such as The Patriot, Lord of the Rings and Ron Maxwell’s Gods and Generals. He went to the Southern Illinois University of Carbondale to round out his knowledge and focus his talents on screenwriting. For the past five years, Damon has been working for several Directors as a Script Consultant, Writer and 1st AD. He played a large role in the development and production of Unfreedom, now on Netflix. He is currently leading a crowdfunding team for the post-production of BROWN the movie, a film he co-wrote.

Taylor said, “2020 witnessed a sea of changes, likewise, it has certainly altered the way of filmmaking. I had been using video platforms for quite some time but this year, I find people becoming more compliant with this mode of communication.” He further added an anecdote that since 2015, they were doing video auditions for the film ‘Unfreedom’. They were then based in Florida and were conducting auditions on Skype, at that time people were intimidated by it. He said, “Now, I can have discussions about what the production is going to be and honestly, your team can be from anywhere in the world. That’s definitely a positive space and he thinks that it’s going to continue. I’m seeing teams grow on social media and I’m currently running a crowd-funding campaign and we have a team of about 20 people that are all managing through Facebook groups or through chats and organizing our content and everything and were in different places all over the world, that’s one positive thing.”

Damon also points out the negative side of it where everyone was struggling and all of 2020 was basically limiting productions because they had to be safe, not only just by taking precautions when they were in the same space but sometimes even they were not being able to have productions.  Giving an example he said, “I was recently on a shoot and we had a lunch ordered from a restaurant and after the lunch was prepared, we found out that the lunch was prepared by people not using gloves or masks so the whole production now thinks that it was not safe so that means we have to push lunch which means that the production has to charge more, so. these complications continue to remain and as we move forward we just have to plan for that,” he said.

Speaking on the future ahead he said, “In the long run, the bigger companies and the people who provide the money for commercial work including actual commercials also by larger productions or films from the studio space, they would be more selective about what kind of content they would create and where they are going to create it.”

While speaking on the shift in the way scripts and screenplays are being written he mentions that things are definitely changing, he said, “If I break it into two parts there is the large studio system that has been in place for a long time for screenwriting. There are very few screenwriters who are making blockbusters and with large studio films. And then there’s the other side, which is any film which varies widely from experience levels and how good the content is and how well it has been written.”

“I witnessed and read some of the works and talked to some of these people, they are a lot of really intelligent writers out there that never had a voice before and I think 2020 allowed them time and the ability to be actually educated on what screenwriting really is because it is actually a difficult craft, it’s a difficult skill to have and master I should say,” said Damon.

He also adds on by saying that, “We have the technology now why do we even need pages then, so I definitely see a shift coming, one because of technology, two because of new people coming in and asking questions and there is going to be a change in the type of content that’s been made and these smaller groups and younger people are going to come up with methods and I think that’s kind of what evolves the whole space.”

Damon J. Taylor concluded by saying, “I think that as we move forward and continue with the online space, we are definitely going to have more of the series writing which is a different format, you are writing 45 minutes or 30 minutes but then you are carrying that out also in 16 episodes for a season or something like that. From a storytelling perspective, it’s a really good space to be in, it really lends to the growth and expansion of the character.”